Tip Top Travel:
The story of a famous Galapagos family We have also been helping a Quito-based luxury yacht operator for the Galapagos Islands – Tip Top Travel – secure appointments at this year’s World Travel Market and, in doing so, uncovered an amazing piece of tourism heritage.

Tip Top Travel is owned by Enrique Wittmer, grandson of a husband and wife team who travelled half way around the world to these remote islands in 1932. They did not like what was happening in their native Germany and went to the Galapagos seeking a new and more meaningful life in harmony with nature.

They then became an important part of the Galapagos tourist industry and their amazing story is told by Enrique’s Grandmother, Margret Wittmer, in her acclaimed book, Floreana, and on the Wittmer Foundation’s website which is well worth a read.

An outline of Floreana – A Woman’s Pilgrimage to the Galapagos by Margaret Wittmer, first published in 1961, follows below:

In 1932, Margaret Wittmer leaves Germany with her husband and step-son and travels to Floreana, a small almost unpopulated island in the Galapagos chain, where they settle, clear land and, after five months of living in old pirates’ caves, move into the house they finish just in time for Margaret to have a baby.

Over time, the Wittmers acquire a number of remarkable neighbours including convicts, military personnel and a mysterious baroness who aspires to build a hotel for millionaires. They receive visits from people as diverse as Franklin D. Roosevelt and Thor Heyerdahl, who comes to investigate a reported head, much like the ones on Easter Island, only to find it was carved by Margaret’s husband.

There are wild bulls and boars, a dog named Lump that serves as a babysitter, a distant war, a daughter who would rather have a machete or a hoe than a doll, years of settled life, and finally grandchildren.

At times the entire situation borders on the unbelievable, but Margaret Wittmer provides equal measures of intrigue, fantasy, and common sense as she writes in her down-to-earth and often very humorous fashion about her years on Floreana.

‘Glamping it’ across Peru

Upon her return to Peru, Terra Explorer’s Sales Manager, Valerie Barton, emailed the DMG, saying: “Philip, I want to give you a big thanks… the tour operator meetings you arranged for us were spot on.” Whilst the UK market is being stifled by Brexit and related political and economic uncertainties, business is currently coming in from many parts of the world, including Peru, Ecuador, China, Germany and India.

Representing overseas tourist destinations and travel companies in the UK is demanding work but, as many of these clients are relatively small, family-run and environmentally-friendly companies, bringing them (and their clients), new business is hard, but immensely rewarding work, and it creates friendships that reach out from the UK across the globe!

We are now a social enterprise!

The Destination Marketing Group is dedicated to helping communities grow and prosper, and we have just been accepted as a member of Social Enterprise UK, which describes its activities as follows…

“Social enterprise is about changing the world through business and Social Enterprises trade not to maximise private profit, but to further their social and environmental aims… and fostering diversity in business, growing local economies and at the forefront of economic recovery and the pursuit of social or environmental goals.”

In early May, Philip was invited by the Gloucester Cultural Trust to make a PechaKucha presentation to an audience of local businesses and organisations.

PechaKucha is a world-wide phenomenon that originated in Japan. It translates roughly as ‘chit-chat’ and the speaker has to work from a PowerPoint presentation comprising exactly 20 slides that are on view for only 20 seconds each!

The slides are automatically changed, whether the speaker is ready or not, so every presentation lasts exactly 400 seconds (6 mins, 40 seconds), with no overtime and no questions until it’s finished!

My topic was DIY PR for Small Businesses and I explained how professional / business magazines are the most trusted media and how to write and structure good corporate PR material.

My 400 seconds flew by, but it was both great fun and a very worthy challenge!

Having studied the workings of the Transient Visitor Tax (as Bed Tax is properly named) in the USA, Philip has written this wide-ranging article that explains the scope of these taxes and the many and different positive uses that they can be applied to.

With the unremitting pressure on local authority budgets across the UK, the need for non-public sector financing for local tourism marketing and infrastructure becomes daily more important.

This article is based on a study tour of American cities undertaken by Philip and it included visit to Miami, Hampton (Virginia), New York and Albany and he returned with copies of the enabling state legislation and other important documents. Hunan Hits the Heights in London! London’s luxurious Landmark Hotel provided the setting at the end of March for a series of presentations delivered by the Hunan Department of Culture and Tourism, the China National Tourist Office in London, and representatives from VisitBritain and the British Council.

Our job was to work with the organisers of the event, a Bristol-based company called Has To Be China, which also has offices in Shenzen, to attract a travel industry audience appropriate to such a high-level speakers’ programme.

After pulling out all the stops, the organisers and hosts were delighted when well over 100 UK tour operators and travel industry media representatives turned up to hear these distinguished speakers explain the wonders of Hunan Province and growth of leisure travel between the UK and China.

In early January, we posted some travel trade PR for our Indian client, Vesna Tours, which promoted their Big Cat India tours in which guests travelling in the safety of expertly-driven jeeps explore two large tiger reserves, whilst staying in the nearby historic city of Jabalpur.

These tours take place mainly in the Bandhavgarh National Park, which is home to the largest tiger population in all India. A focus on China Thanks to a grant from the Department of International Trade, the Destination Marketing Group is now equipped with a Chinese website, see www.thedmg.co.uk/China and a Chinese version of our company profile, shown here on the left (click on the image to download).

We are also building up an impressive list of important clients from China, including Hunan Province, Hainan Province and the historic cities of Hangzhou, Nanjing and Sanya, with more to come!

We are now working with our longstanding Indian DMC client, Vesna Tours, to launch a range of special interest tours and experiences, aimed at UK Tour Operators who specialise in selling Escorted Small Group tours to India and the Indian Ocean. No. 3 College Green – the best office in Gloucester! The Destination Marketing Group’s offices are located within a Georgian town house (built c.1740) which directly overlooks Gloucester Cathedral (built c.1100 by William the Conqueror!). No. 3 College Green is the three-storey building to the left of the white-painted building which is Bishop Rachel’s office.

Until this year, the frontage of the Cathedral was an unattractive car park but it is now a world-class ‘shared and sacred space’ and part of the Cathedral’s Heritage Lottery-Funded ‘Project Pilgrim’ see www.gloucestercathedral.org.uk/project-pilgrim

I feel very privileged, and extremely lucky, to have been welcomed so warmly and made to feel part of the College Green community since early 2000.

We obtained some valuable coverage for one of our our Ecuadorian clients, Termas Papallacta, in the August edition of Travel Bulletin magazine.

This amazing spa and hotel resort is situated just one hour from Quito, high in the Andes, and it’s therapeutic waters and thermal caves are heated by still-active volcanoes! Philip recently took over the administration of MRG Gloucestershire – a local networking organisation which meets to explore topics of interest to the county’s business community whilst enjoying a gourmet meal at the Greenway Hotel, Cheltenham.

MRG’s mission is ‘to help make Gloucestershire a world-class business destination’ and the first of this season’s six presentations entitled ‘The Future of Gloucestershire’s Farmland and Farms’ was given by Henry Robinson, former National Chairman of the Country Land and Business Association on the 1st October.

The next MRG event takes place at the Greenway Hotel on the 5th November when James Freeman, MD First Bristol & West of England, will explore ‘Getting to and around Gloucestershire’ and the future of public transport and travel in Gloucestershire.

Philip has recently been invited to join the Executive Committee of the Tourism Society’s Tourism Consultants Network, the UK’s leading organisation for global travel industry consultants. 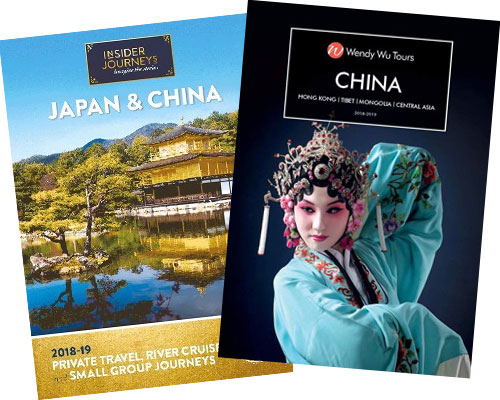 Philip Cooke, was invited, in early July, to give a training session to the members of a high-level delegation of government officials from Hainan Region in central China.

This group of travel industry VIPs were in the UK on a mission organised by the Department for International Trade to learn about how best to attract more visitors from the UK.

The Chartered Institute of Journalists

Managing Director, Philip Cooke, has recently been accepted as a member of the Chartered Institute of Journalists, one of only two professional associations that have been awarded a Royal Charter, the other being the Royal College of Nursing.

Membership of the CIoJ is primarily concerned with maintaining professional standards and ethics in journalism, and the CIoJ Press Card is recognised by all sections of the media and the travel industry. 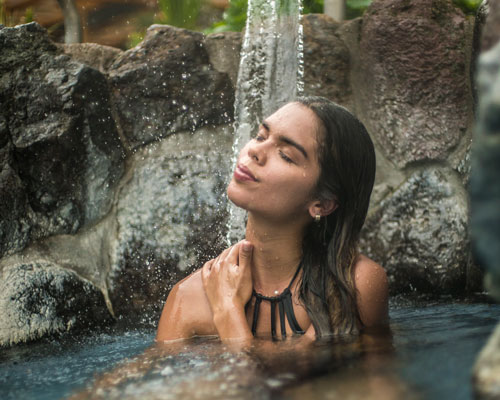 We recently announced that one of our Latin American clients, the Termas de Papallacta Spa, Hotel and Resort, located high in the Andes and with warm and healing waters supplied by still active volcanoes, has been nominated for two categories in this year’s prestigious World Travel Awards 2018.

Working as part of a high-level group of TEAM Tourism consultants, our Managing Director, Philip Cooke, recently helped deliver a World Heritage Site Product Audit which explored how England’s WHSs, such as Stonehenge, Westminster Abbey and, more recently, Liverpool and the Lake District, could develop more ‘bookable product’ and how they could be more effectively promoted to visitors from England’s most important overseas markets. 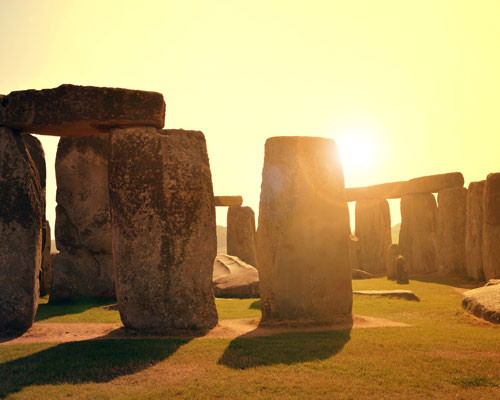 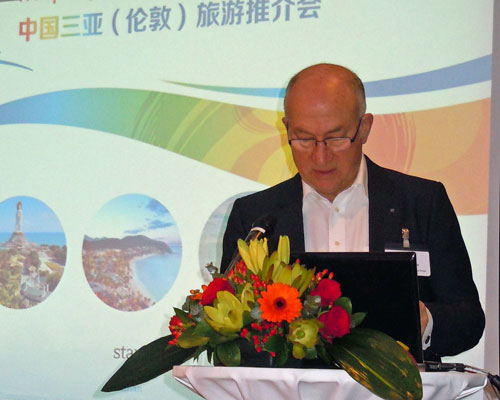 On Saturday 5th April, at London’s Mayfair Hilton Hotel, Philip Cooke gave a training session to twenty members of the Hainan Tourism Development Commission who were in the UK to learn more about how the UK / China travel sector worked.

This presentation focussed on the need for emerging Chinese resorts and destinations, such as Hainan and Sanya, to develop close working relations with UK tour operators who specialise in promoting and selling small group escorted tours to China. These companies include Audley Travel, CTS London, Saga, Wendy Wu and Voyages Jules Verne among others.

It was a very positive event and China is fast becoming a potential growth area for the Destination Marketing Group as we are now helping Hainan, Hangzhou, Sanya and Nanjing develop the UK market.

Following our support for the amazing Andean Spa and Conference Centre at last year’s World Travel Market, we released a travel trade press release aimed at the UK’s conference and meetings sector, promoting its unique meeting facilities and emphasising the healing nature of its thermal pools and water caves, heated by nearby, but very safe, volcanic activity! 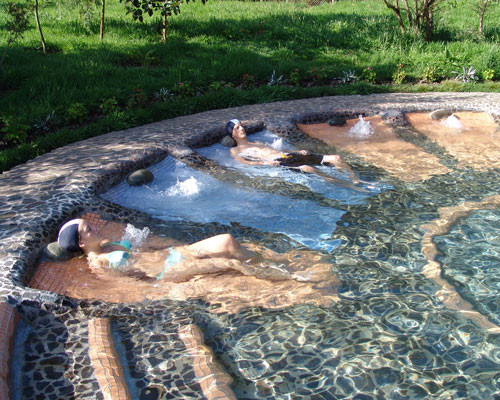 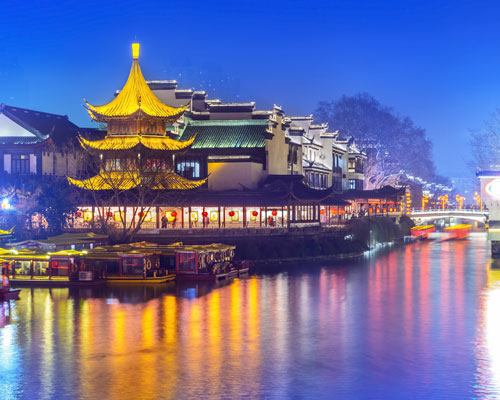 Following the provision of recent travel trade PR and marketing support for the Chinese cities of Sanya and Hangzhou, Philip Cooke has been appointed as a Goodwill Ambassador for Nanjing, a city of great heritage and commercial importance on China’s Eastern seaboard.

This appointment includes a strong connection with the Nanjing Tourism Commission, opportunities to attend Nanjing events, conference and exhibitions and to be a seminar speaker or travel industry mentor. 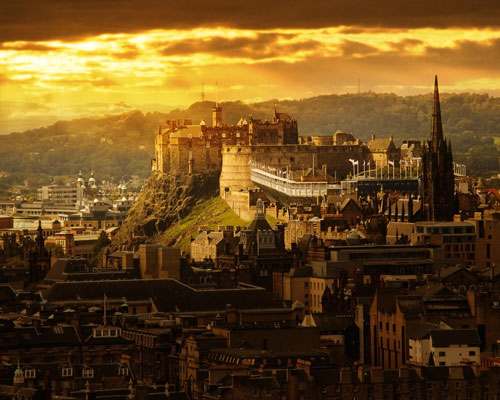 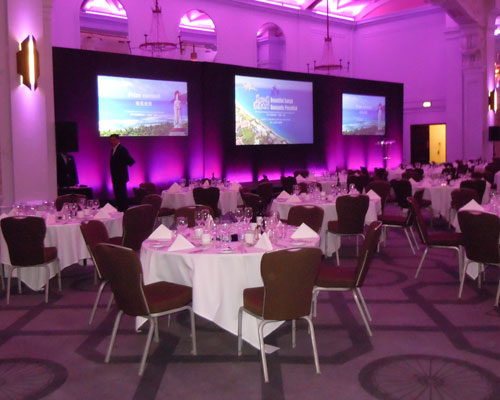 For the third year running we organised a VIP travel industry reception at London’s Connaught Rooms on behalf of the Sanya Tourism Commission.

Sanya dominates the southern coastline of Hainan Island and is one of the world’s fastest growing tourist destinations, containing scores of 5-star hotels, a huge marina, championship golf courses and the world’s largest duty-free department store.